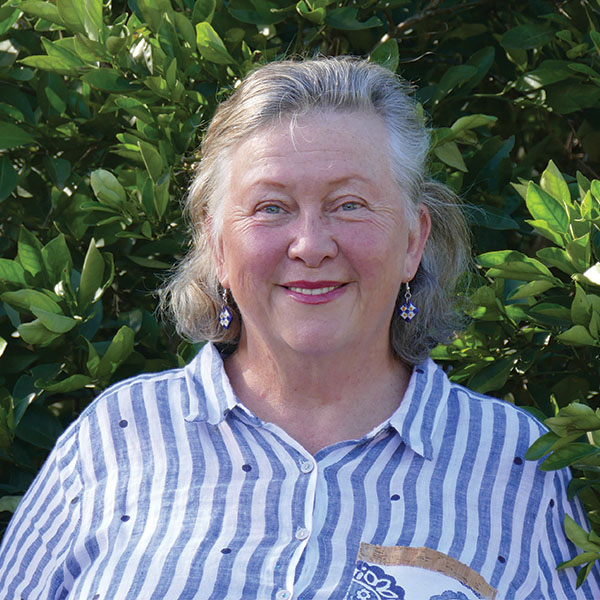 Over recent months, a major project has been taking taking up a lot of space in my studio – the Duets project. This is a local partnership initiative which paired up artists with different practices to see what creative endeavours would unfold. This exciting project has seen me working every week with my Duets buddy and friend, Lesa Bell. Lesa is also my editor at Gympie Living, the magazine for which I write monthly garden columns and feature interviews. Our project was an interactive installation, and for the last month I have had a large church pew, an ornate table, a speaker’s lectern, and boxes of paper-covered wood blocks, woodblock prints and a mountain of other materials for our project, Reclaiming Women’s Voices. This exhibition which shows the work of nine other partnerships as well as ours, opens at 5pm this afternoon at Gympie Regional Gallery. Register on the Gympie Regional gallery site to attend.

Our project centres around restoring the voices of women and the ways in which patriarchy has sought to silence them. In the course of planning the project, Lesa and I had many far-reaching discussions about the changing fortunes of women in history. It began with looking at the Middle Ages when women who had out-lived their usefulness or were too outspoken could be confined to a convent or a nunnery. A famous line from the Shakespearean play, Hamlet, says, “Get thee to a nunnery!”  I think the seed of the idea came from a visit to a ruined abbey on the isle of Iona where all the skeletal remains uncovered were those of women and girls. What could justify isolation and death in such a remote place?

We have probably all heard about witch hunts and the terrible medieval devices in which women were tortured and imprisoned such as the chastity belt and the Scold’s Bridle. The Scold’s Bridle was a brutal device designed to stop outspoken women from being able to speak at all.

Nowadays things are a little different. The constraints against women speaking out are now more subtle and often internalised through messages that girls get when they’re still very young. In the course of preparing this project Lesa and I looked back over the rise of the women’s movement in the Western world post World War 2.  Betty Friedan opposed the rechaining of women in the home after the relative freedom and autonomy of women during the war years (think Rosie the Riveter) with her book, The Feminine Mystique.  Australian Germaine Greer’s best-selling book The Female Eunuch exposed contradictory attitudes towards women’s sexuality. Lesa brought to Zela’s attention and much newer work by Julia Baird Phosphorescence which affirms women’s right to speak.

In addition to the exhibition installation, Lesa and I will be holding two events associated with Duets at Gympie’s new contemporary art space, Alluvial, a workshop and an art chat.

On Wednesday 24 November Lesa and I will be at Alluvial Art Space (3/39 Monkland Street Gympie Qld 4570) between 6 and 8 pm for an artist’s chat. A special feature of this evening will be an introductory talk by Annette Scougall, from Maryborough’s G’Day Toastmasters Club, about moving past negative messages.

The interactive workshop that goes with the Reclaiming Your Voice! installation is called Sip and Dip! it will involve sipping on some wine and tasting cheese while identifying some of the negative messages that we took on board as young children. The message is written down then blended in a blender to make paper pulp. The dip segment involves using a paper-maker’s mould and deckle to form a new sheet of paper. This new paper will be stronger, combining them with strong fibres such as banana and lomandra and formed into paper sheets.  On these new sheets participants will write the new message, one they choose and want to live by.

2 comments on “Duets – Reclaiming Your Voice”