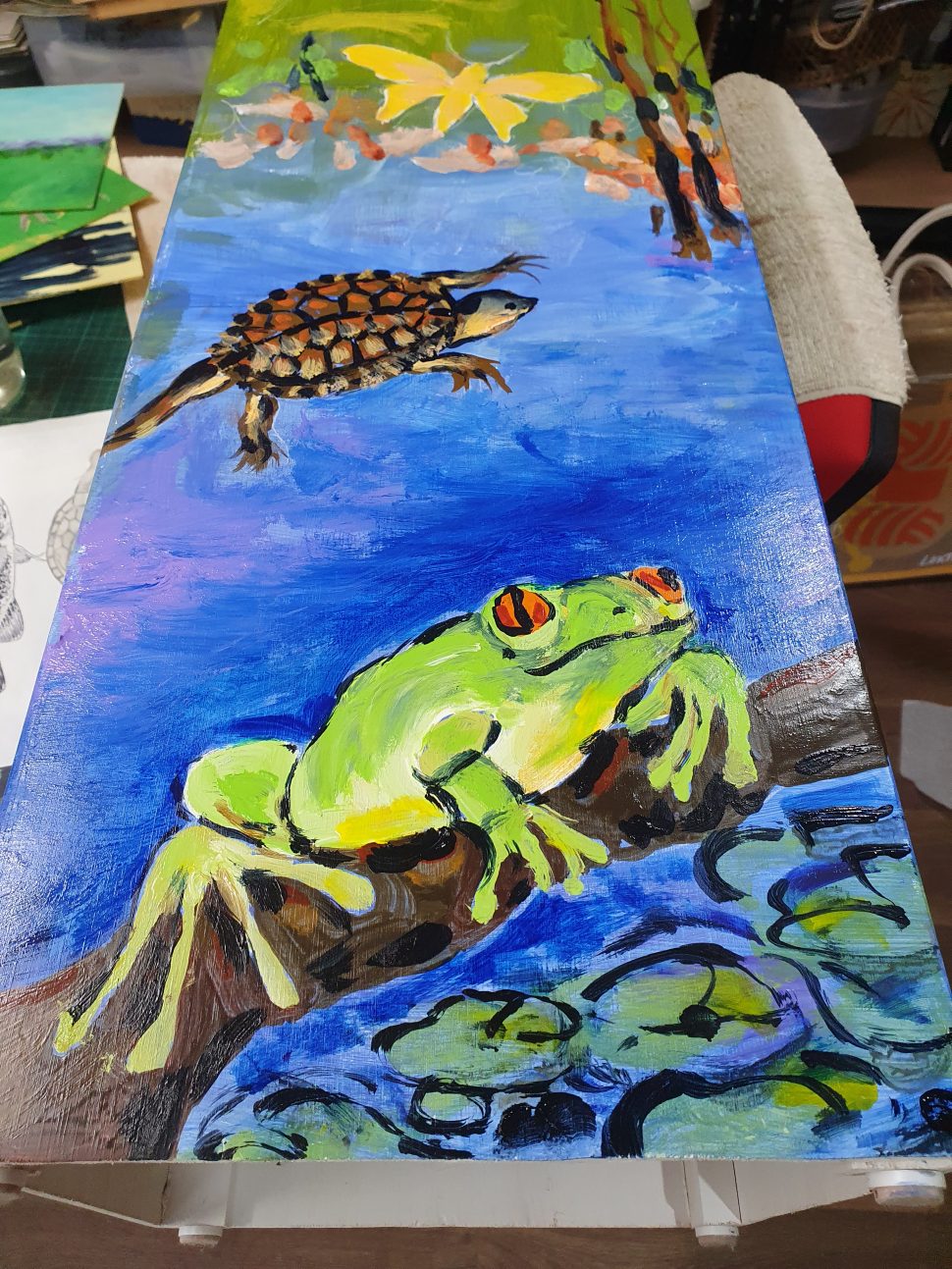 This year I was honoured to be one of a select group of artists invited to paint a plinth for the Mary Valley Arts Link. Painting this plinth for the Mary Valley group really took me back to a period that was a life-changing time in my life, starting at Easter 2006: that was when Premier Peter Beattie announced his flawed plan to construct a large dam at Traveston Crossing on the Mary River. Through this campaign I made a lot of new friends including Glenda Pickersgill, Steve Burgess and the wonderful people at MRCCC – people I’d hardly known before but suddenly became my Comrades in Arms!

What I intended to do with this plinth was firstly acknowledge those endangered creatures which really saved the river, because the environment minister the time, Peter Garrett, noted that they were already listed under the EPBC Act and the proponents of the dam (QWIPL) failed to convince him but their mitigation strategies would allow the recruitment of the young of those very important species. They are the Mary River Turtle (Elusor macrurus) the Mary River Cod and the Queensland lungfish. I have included each of these species on the plinth as well as other favourites such as the koala, red-necked wallaby, white cockatoo, satin bowerbird, frog, dragonflies and some of the important plant species as well. One plinth face pays respect to the valiant campaigners who made it their daily mission to the save the Mary River – and succeeded! I really wanted my plinth to celebrate the beauty and biodiversity of the Mary Valley and all its colour and life!