Plants and paper, a dialogue with season and nature 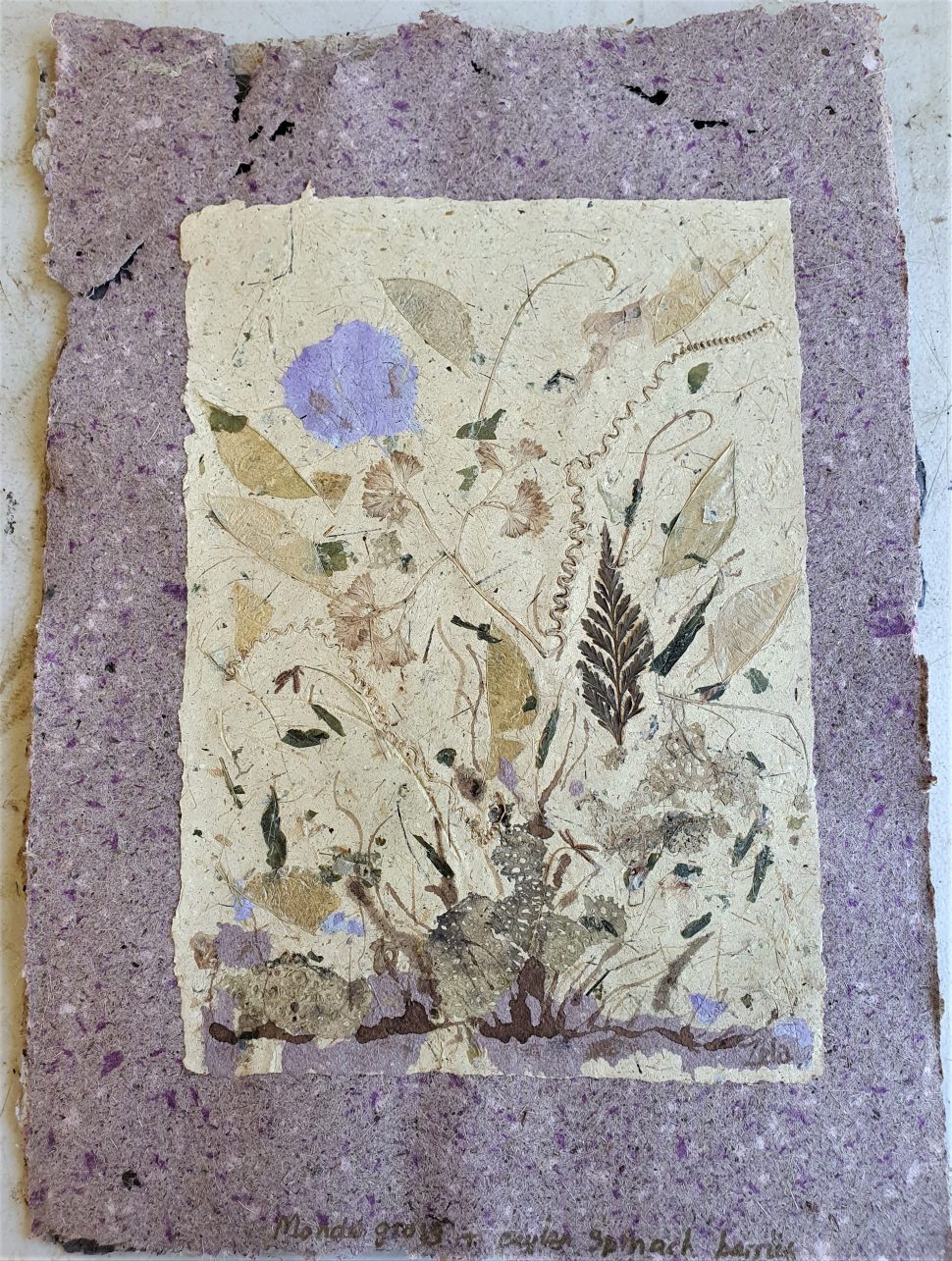 Apart from art-making, my other great passion is my organic garden. I trained as a permaculture designer when my daughter was small and I have never lost the love of growing my own food. As the seasons progressed I noticed that at times in the garden there are a lot of stalky prunings and trimmings. When the lemongrass plant dies doesn’t matter that it is dead, it can still be used for papermaking because the cellulose in the stalks is still intact. You can cook that up and try it out. Pretty soon I developed quite a repertoire of sheets of paper with different textures, different colours and different amounts of tensile strength and flexibility.  I began to train myself to observe when certain plants were harvested when there would be a large amount of the certain plant. I even invested in a big Hansa chipper so that when large amounts of stalkier material were present I could efficiently chop it up into small enough pieces for the boiling process.  As we all know, once a banana plant has produced a bunch it doesn’t bear again, so from the banana patch I gained a constant stream of wonderful paper making fibre. In this way, my organic garden acts as a constant prompt and inspiration to make my artworks.

Flowers and fine botanical snippets can be added while the paper is still soft. Other papers can also be embedded.